the boy* and the things I don't want to forget 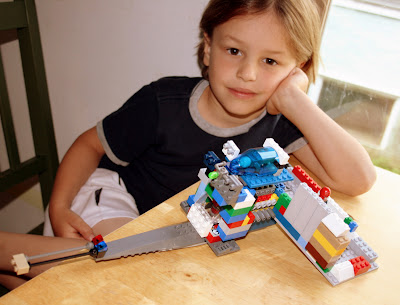 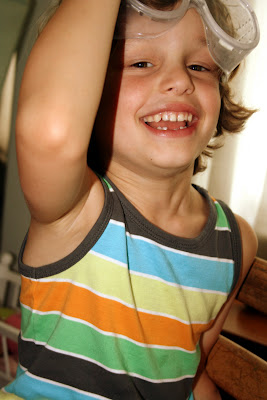 I can't help it, I love this boy for a thousand reasons and here are some of them...
we went to a few yard sales a couple Saturdays ago and Juden was so thrilled with his purchases that they became his uniform for a few days. Hey, who can't use a good pair of goggles, tiny hammer and third place martial arts trophy? 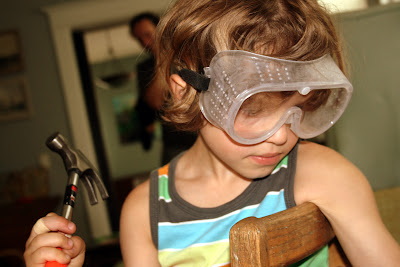 Sometimes he prays, "Dear God, help the people that are sick, can you take all the sickness and throw it at another planet like Jupiter maybe?"
The other day in the car Ella was telling him that a little boy was mean to her and made her cry. He got very serious and said, "Ella if that ever happens to you again, you just tell them that they better stop or they will have to deal with me and then just run." The love of a big brother. 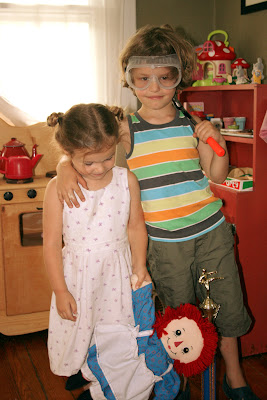 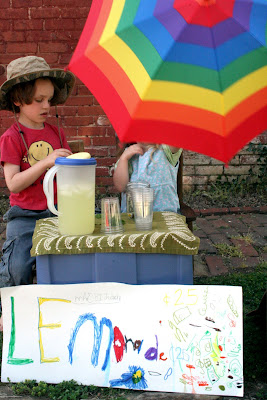 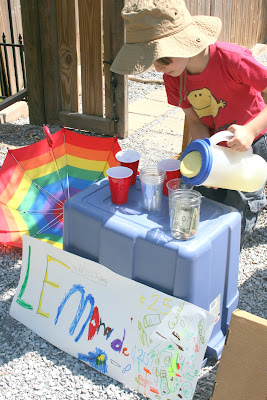 When the weather heated up a while back Juden announced that he was having a lemonade stand. He set to work on the sign and set it up in a very untraveled little alley behind our house. When I came out and noticed leaves in my freshly made pitcher he said it was his secret special recipe. Our kind neighbor overheard and brought him some fresh mint from her garden. I was thinking he might be a tad disappointed when he didn't have customers but that was before I witnessed his business tactics. There was none of that waiting for them to come to him. He would knock on our neighbors doors bringing lemonade and yelling to any stranger that passed by. He was so excited I think he was hard to resist. He did pretty well despite the fact that Ella sat beside him drinking about half of the pitcher. I had to laugh when my neighbor told me she had said she didn't have cash to which he replied, "Well you can use a credit card." Playing along she got it out and asked him what to do with it.He said to swipe it across this rock. She did as he started laughing and said he was just kidding, and gave her the lemonade. So cheeky, this boy of mine! 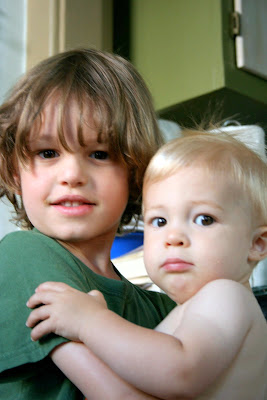 (thanks for the picture Kelly)
We had some dear friends stay with us and I think Juden wanted to adopt their one year old as his baby brother(I wouldn't have minded either.) Little Ben even made his way into Juden's family portrait later that day. I love how he loves babies and can't get enough of playing with them.
He never gets tired of my kisses and because he always wants just one more chapter.
I love how he fills sketch books and looks at things with wonder. I love how I see his heart growing bigger everyday. He brings me joy every single day.
My, I hope these summer days are long and slow. 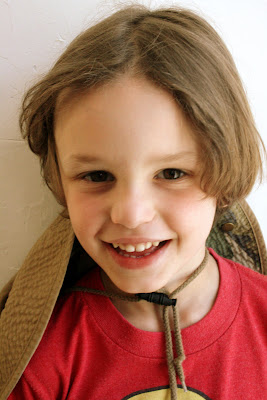 Posted by linda at 6:35 PM 2 comments: Links to this post