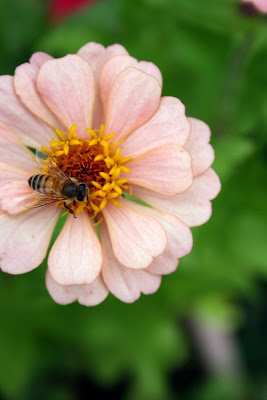 Right in time for Ella's birthday I saw this lovely idea on Soule Mama of a personal little garden and I knew it would be perfect for Ella. She loves helping me garden and ever since Nana gave her a book called Pinkalicious she has loved all things pink. I planted a few things and got her a new little shovel and left the rest for her to plant Petunias, Impatiens, Verbena and a few others. She loved it and is so proud of her all pink garden. 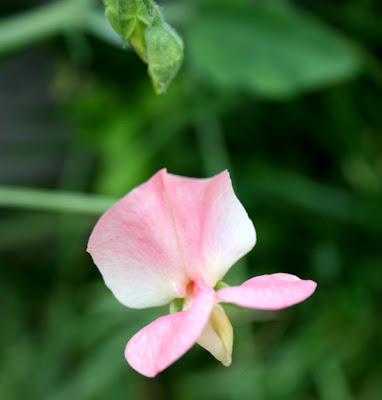 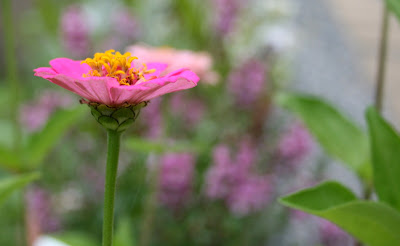 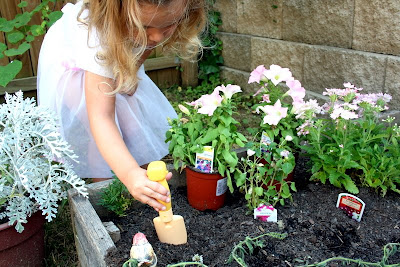 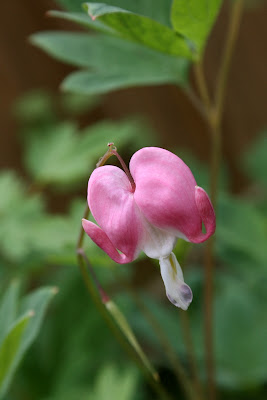 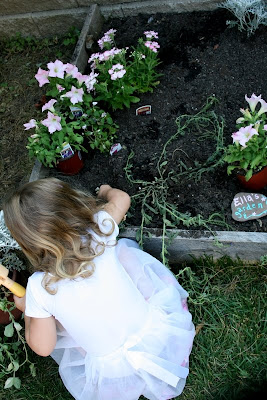 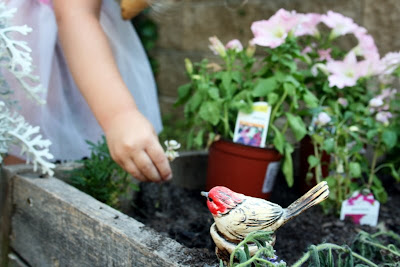 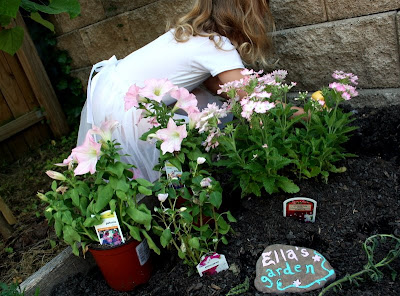 I should probably just say that this particular weekend I went to Nashville to see Josh play, which was awesome but I was already a tired mama who had been almost at my wits end with a certain two year old who seemed to have a propensity toward pushing just the right buttons to push me to a breaking point. I wanted to handle every situation right but so often didn't. I woke up early after getting in bed at 3 to prepare a secret garden for the birthday girl on a day that was so hot it just wanted to melt your face off even at the crack of dawn. And all the other plants that were so lush were beginning to protest the consecutive days of dryness and heat and look all droopy. Then my over tired,hormonal self got into an argument with Josh that was over something stupid but still left me feeling hurt, misunderstood, defeated and mad at myself. And it was Father's day and all I wanted was to throw my arms around my own dad and smell that sawdust and after-shave smell. I wanted to show him my garden and the little girl that would have had him wrapped around her little finger. I missed him. But I held it together and tried to make everybody happy and then I went to look at the garden and saw that the biggest and prettiest potted plant had wilted into a pathetic mess and so I pulled it up and slung it into a pot and brought it inside and sat on the kitchen floor and cried and cried over dying flowers but not really about the flowers at all. And then Josh walked in while I was crying over pink flowers and tried to think of every way to help the flowers and was so adorably giving botanical conjectures and his compassion and the tears cleansed me. And the day ended with a happy little girl busy in her secret pink garden.
Posted by linda at 5:49 PM 2 comments: