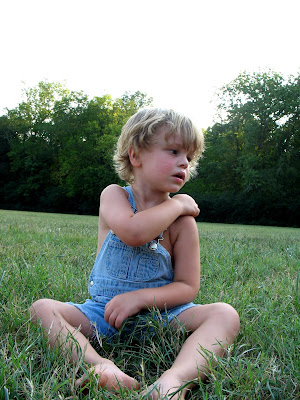 I love how conversational Juden has become. It's kind of new territory having rational, real talks with one of my kids. I love it; he says the most hilarious and sweet things sometimes. The other day we went to have a picnic in the battlefield and as we were driving in I said, "Look at the beautiful meadow Juden." To which he sat up in his car seat excitedly and looked, "Where Mama?"
"Right there sweetie," I said. He stared with a puzzled look and I realized he was looking for the cousin he adores named Meadow. So I explained that Meadow is his cousin but that her name also means a field of grass or flowers. He looked troubled that Meadow wasn't there and he said," I don't understand Mama." My sister Amy's other kids are named Oak and Dove so I told him that peoples names sometimes have another meaning like Oak is also a tree and Dove is a type of bird. Now he looked happy with himself like he got it and said confidently ,"Ohh, and Amy means sky." 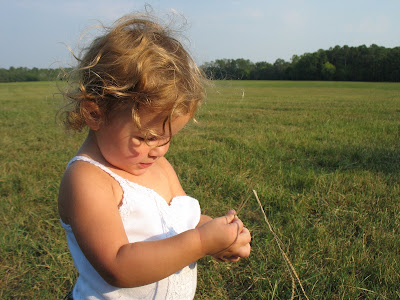 Posted by linda at 6:14 AM No comments: Links to this post