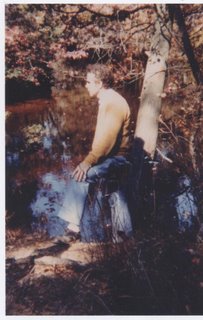 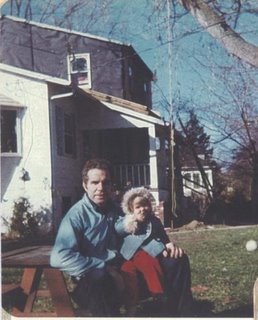 "Now constantly there is the sound,
quieter than rain,
of the leaves falling.
Under their loosening bright
gold,the sycamore limbs
bleach whiter.
Now the only flowers are beeweed and aster,spray
of their white and lavender
over the brown leaves.
The calling of a crow sounds
loud-a landmark-now
that the life of summer falls
silent,and the nights grow."-Wendell Berry

Today is the fourth consecutive day of rain and I'm starting to miss the sun. It has recently begun to feel like autumn in this valley I call home. Autumn is my favorite season, I guess it always has been. Something about the cool stillness, the muted somber skies that contrast the vibrant colors of the trees resonates with me. Autumn holds lots of golden memories for me of apple picking with my family when I was little, jumping in big piles of leaves, the smell of apple cinnamon doughnuts, walking in Philadelphia and sitting in the park in my favorite sweater and gray hat, listening to Simon and Garfunkel. Autumn is the season I fell in love with Josh, and the season that every year after we got married, at least before the wee ones started arriving, he would take me on what he liked to call "romantic rendezvous." These were little camping trips along the Blue Ridge Parkway when the leaves were at their brightest and best. It is exciting for me to be able to be the first one to introduce all the beauty and wonder of Fall to my little loves.
Autumn now holds some sorrows for me as well and in these days of grayness they feel closer than ever. October four years ago we lost our very first baby, hope cut short by a still little baby on a computer screen and silence instead of a heart beat. So now every year when the leaves start to change I think of my little one that I never got to know. Then two autumn's ago were the last days I spent with my sweet dad before he died on November 8 less than three months after he was diagnosed with cancer. Before these events grief to me was a very distant concept. I realized we needed another word much more powerful than "missing someone". And the kind things that people say to you like,"time will heal, and it will get easier," for me could not have been further than the truth. After a certain amount of time you are supposed to not need to talk about it, supposed to stop hurting. Sometimes I feel like I am clinging to movie reels about to be eaten by an old projector. If I replay all those sweet memories over and over maybe they will not become fuzzy. After my dad died I read lots of books on grief. 'A Grace Disguised' by Gerald Sittser was the best. I suppose there is healing in terms of overall acceptance and peace that God's timing is perfect. But with the passing of time, for me the missing intensifies and I have learned that when you experience true grief you carry it with you always and it changes you. But even death is not without some beauty. In my brothers words "we watched the decline of our father's physical body and the absolute renewal of his spirit." My father was at times a rather distinguished English man used to formal Orthodox Presbyterian worship, but in his dying days he worshipped with complete abandon like a man who knew the end of his journey was near. His hands raised in song, tears streamed from his eyes and scripture spilled from his lips, a passion you could feel, a vision of him forever emblazened on my mind. His worship was a gift to me, and since his death my own worship has been deeper and sweeter. So now as green turns to gold and orange I think about my baby, I think about my dad I think about those things in me which need to be stripped ,that need to die, so His beauty can shine brighter.
Posted by linda at 4:27 PM 5 comments: Links to this post