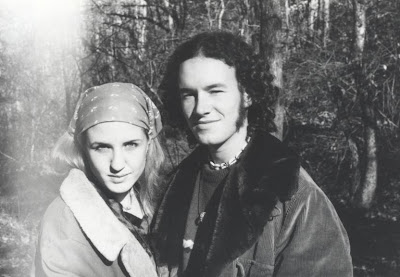 Anniversaries are good times to reminisce about how we met and what a surprise it was to end up with someone so different from me but how it made so much sense too. I like to go back to how we got engaged and the day we got married. To our honeymoon of white sand beaches in Jamaica, and a garden that seeped with unfamiliar scents of tropical trees and hibiscus where our little cottage was. A little missionary woman owned the gardens and would bring us lemon cocktails on her porch. She would tell us stories in a part British , part Jamaican accent like we where her kids. Her porch was shrouded with flowering vines and suspended colorful glass balls that used to be the floats from fishing boats. She'd have fresh breadfruit and flowers put in our cottage daily. I love to remember the rustic castle in Negril we stayed in for 35 dollars a night with no hot water and huge arched glassless windows to where all you heard at night was the crashing waves on the rocks below. Everything about the place seemed enchanted magnified I'm sure by the afterglow of new love. The word honeymoon has long been one of my favorite words and ours surpassed all my sweet expectations.

I was also pensive about the reality of how hard marriage is. How it can come under attack and how difficult it is to let go and learn selflessness. I could reflect on times of disunity when there was a loneliness deeper than I ever knew when I was single. As I think about these last nine years of marriage I am so thankful to have grown so much with Josh, to be past some the tumultuous drama that came with marrying young. It truly has gotten better with each passing year. There is a quieter solid contentedness that has grown. Marriage has been both the most intensely difficult and intensely beautiful of human relationships. We are humbled by our flesh but overwhelmed with gratitude that a cord of three strands is not quickly broken.

We talked about some of these things over a very nice anniversary dinner and then he handed me my card. I have shared lots of things I love about Josh but thus far, I've not mentioned his adorable habit of giving me the most creative cards. When we were dating and he studied abroad I filled a box with his creations, everything from his face on David Hasslehoff's body to letter's written entirely in a spiral so you'd have to keep spinning the paper. Some would make me laugh out loud and others would melt me with thoughtfulness. As we talked into the evening I really felt overwhelmed with thankfulness for this man that I want to grow old with. He is a blessing to me every day. 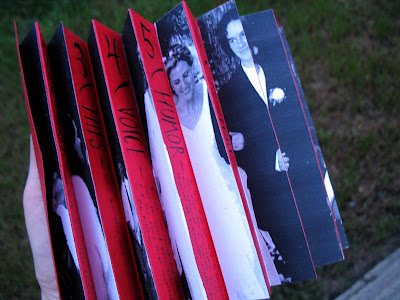