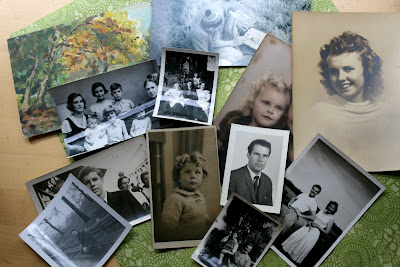 I love old pictures. I love the mystery they hold of another time and another place. Even old pictures of strangers are intriguing but even more so when they are of my family. I could get lost in the untold stories behind these moments frozen in time in stacks of yellowing photographs. 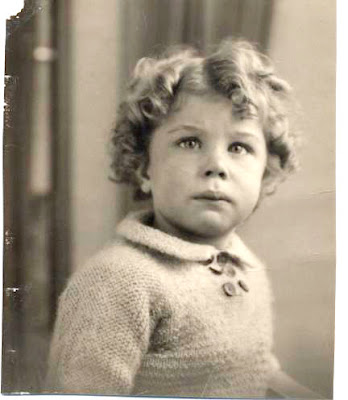 This one is my dad at about 4 years old I think. I was always enchanted by his stories. He was evacuated to Wales during World War II. When they returned home to London, their house and the pub were the only things on their block not hit by the bombers. What was, I'm sure, a nightmare for his parents, seemed like a delightful adventure in his memories of the beauty of Wales, seeing fighter planes in the London sky, romping around damaged buildings and collecting shrapnel with his brother. His family didn't have much. All five kids slept in one bed for a time with boys on one end, girls on the other, feet in the middle. But the stories of his childhood were nothing less than magical. 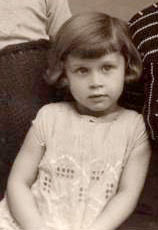 This one is of my Aunt Vigee. I think this photo is darling right down to her delicate dress and her coy expression. Her name is Kathleen after my grandmother. Her family noticed she looked like a child in one of Vigee Lebrun's paintings, and she has been affectionately called Vigee ever since. Vigee LeBrun was a French painter from the eighteenth century. I'm not sure which portrait was the one that gave my Aunt her nickname, maybe one of these. 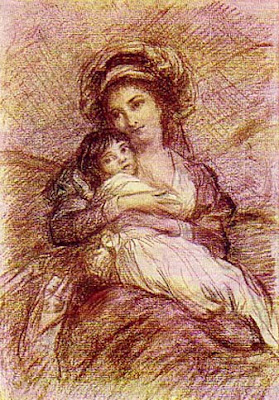 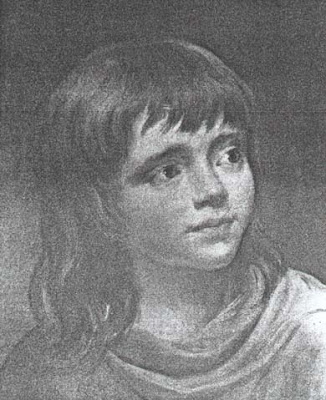 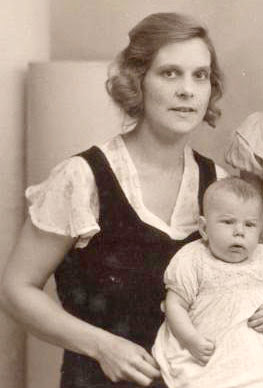 This last one is of my grandmother, Kathleen. I never met her. Both of my dad's parents died before he married my mom. I think there is a peacefulness and strength in her face. I don't know much about her. I don't have anything that was once hers. I don't know how she met my grandfather or if they were in love. What I do know is that both she and my grandfather exhibited their artwork in London. She played the piano, her favorite wildflowers were Indian blankets and she loved to laugh. Sometimes I wonder what she would think of me. Do I have her eyes or her hands? I don't know, but I do know I have much more from her than this little box of curious photos. She is part of the roots of my family tree.
Posted by linda at 7:35 AM 6 comments: Links to this post